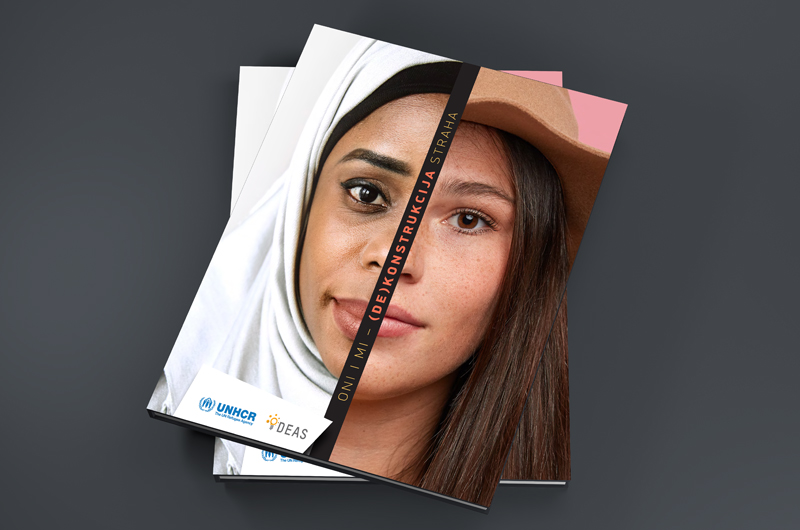 The world is faced with mass migrations unprecedented since World War 2. Refugee crisis in the context of reception and integration into a new society is mostly viewed from the lense of the states and the societies receiving refugees and migrants. The fact that they tneuyselves face additional challenges posed by immersion into a new culture and adaptation into a different way of life is neglected only too often. Suffering does not end upon arrival into a state that they perceive as the place of their freedom and safety. The fight continues through exposure – to a higher or lesser degree – with hostile sentiment and fear of the hosts that we may label by the term xenophobia.
The publication offers a brief theoretical background for understanding the concept of xenophobia as a form of manipulation aimed at provoking fear and hostility of the population towards foreigners – in this case towards refugees and migrants from the Middle East and Africa currently staying on the territory of the Republic of Serbia. In addition to the concept definition, the publication explains the most frequent universal models of emergence of xenophobia, addressing those best ”rooted” in our society. A short analysis follows of media and social media content engaged with refugee and migrant topics. The focus of the analysis are the topics which are most frequently used in order to manipulate the Serbian public – from conspiracy theories on mass settlement of refugees and migrants, ”Islamisation” of our country and destruction of the Serbian ethnic identity and cultural values to the perception of refugees and migrants as a security threat to the local population.
Although we most often share the same values with the refugees and migrants – we seek a better and more peaceful future- the divisions to ”us” and ”them” is ever more pronounced. A massive manipulative machinery producing and reproducing xenophobia in our society uses fake news, misinformation, conspiracy theories, political propaganda, sensationalism and all other weaknesses of the society that influence forming of individuals’ opinions and which will point to refugees or migrants as causes of each challenge or problem. Without whatsoever basis or logic.
The Centre for Research and Social Development IDEAS has been working on advancement of public policies and practices in the area of refugee and migrant protection for years in order to ensure full respect of their human rights and establishment of an efficient migration management system in the | Republic of Serbia. The author of the publication is Tamara Vlaškalin, senior advisor at IDEAS.
Download the publication ”Them and Us – (de)construction of fear” in Serbian HERE.