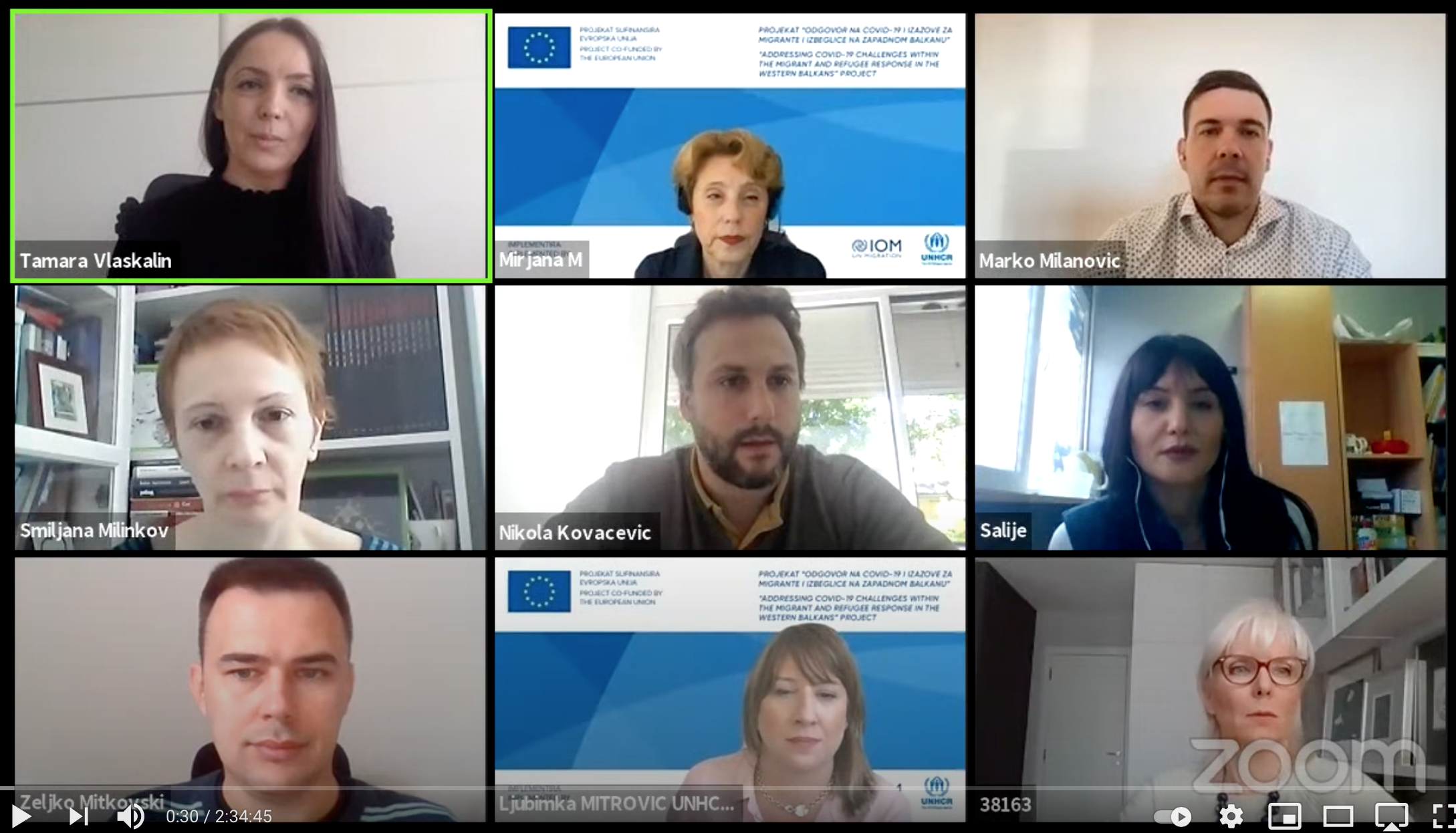 The entire world is faced with mass migrations and, according to UNHCR’s estimation. The intensity of migrations is four times higher than a decade ago. With the rising number of refugees and migrants all over the world, xenophobic comments in public, hate speech and discriminatory reporting are growing ever more frequent. Serbia is no exception to such practices.

Ljubimka Mitrović, UNHCR Serbia’s expert on refugee protection has, in her opening of the “Easy Target for Harsh Words” conference, pointed out that there are 80 million forcibly displaced persons and 26 million refugees in the world today, most due to World War II. She added that the UNHCR considers combating xenophobia, racism and discrimination to be of utmost importance, namely because these practices are thought to be some of the main causes of displacement.

Marko Milanović , the Director of IDEAS, has presented the troubling results of a research on xenophobia – those being that as many as 42% citizens of Serbia have a negative outlook on refugees and migrants, and out of that percentage of citizens, 58% are students.

”It is those young people who will someday be working in institutions and various organisations which aid refugees and migrants, and that’s what worries us”, Mr Milanović cautions.

Although the media reports at the start of the refugee crisis in 2015 were mostly objective and their tone neutral, five years later that neutrality turned into growing neglect or reporting only when refugees and migrants were justly or unjustly connected to a crime, according to the IDEAS Advisor for Public Politics, Tamara Vlaškalin. She added that the public space is lacking in affirmative articles, media coverage promoting, and encouraging integration. In her analysis ”Us and Them – (De)contstruction of Fear”, Vlaškalin has pointed out the most common misinformation and prejudice about this social group: that refugees and migrants want to colonise Serbia and convert it to Islam, that they threaten our culture and integrity, that they spread incurable contagions and that they present a danger to the local populace.

Relja Pantić, Head of Department for Acting on Complaints in the Public Sector, Trustee for the Protection of Equality, pointed to a 2019 study which shows that the social distance between citizens and refugees and migrants is great, which also affects the media and social network representation of these social groups.

Mirjana Milenkovski , UNHCR Press Officer, deems that reporting at the beginning of the refugee crisis, in 2015 and 2016, was fairly objective, and that a positive, even affirmative tone dominated the public.

”From the moment the Balkan route closed, certain portals and social networks took a visible turn. There was an emergence of articles presenting the refugees as a threat to the citizens’ safety, as a health hazard… I think it all culminated last year, before the elections, when we were flooded with fake news, half-truths, unverified information and conspiracy theories”, said Ms Milenkovski, adding that such information circulated the social media in groups which managed to assemble as many as 300, 000 members.

Bojana Lekić , journalist and author of the documentary “Pushback and Dangerous Games”, pointed out that the content from ephemeral media and social networks is sadly prevalent, but that the mainstream media is far more important, particularly national television and daily newspapers because “it is precisely this mainstream media which shapes the public opinion”. She states that truth is the weapon against misinformation, and that, in order to find it, we must define the topic and properly direct the questions.

”It is important to say when we were denied answers. And if we don’t have the answers and the real news, those with fake news will step up”, cautions Ms Lekić. She added that the danger doesn’t lie in the media, but in those who would abuse media, those who pose as journalists and editors, which they are technically not – rather, they are only pushing particular agendas – and those who use media as a means of communication.

Smiljana Milinkov, Assistant Professor at the Faculty of Philosophy in Novi Sad, the Department of Media Studies, has noticed that the media lacks analytical content and the content in which we could see if those in charge have truly been asked the relevant questions.

”Reporting mostly consists of mere repetition of various parties’ statements”, Ms Milinkov points out, adding that the media also obviously employs dangerous tactics, e.g. publishing old news about refugees and migrants and presenting them as current or terrifying – most commonly about how the migrants will marry Serbian women or settle in Serbian villages.

”When police pick up a refugee from the street, the media usually puts several exclamation marks next to the word “arrest” in the title so that the readers would immediately think these people have committed some kind of a terrible crime. Then they spice up the article with a photo of “pot”, policemen with long pipes, refugees pressed against the police jeep whilst being searched…”, states Mr Kovačević. He adds that there is no need to practice that manner of reporting, but that there is also no need to arrest people so “spectacularly”, with weapons and socks over their heads. Rather, it would be enough to put the refugees on a bus and get them to the nearest available refugee centre, where they will have basic living conditions.

Kovačević emphasizes that everyone needs to do their job professionally, be they a civil society organisation, the media or an independent institution, but that there are sadly numerous bodies which remain silent on the dangerous actions of those in breach with the Criminal Law of the Republic of Serbia and the human rights of refugees and migrants, and anyone else who tries to illuminate these issues.

The conference was organised by the IDEAS Centre for Research and Social Development and their partner, the United Nations High Commissioner for Refugees (UNHCR).