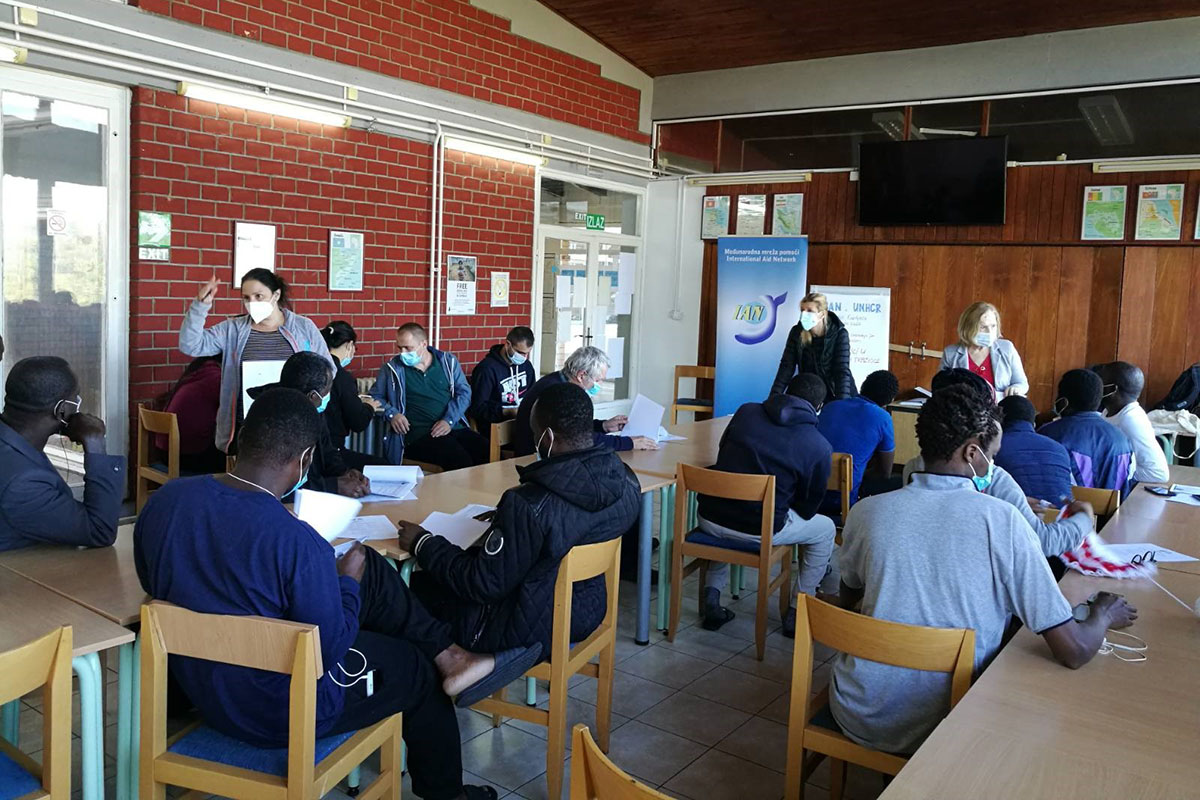 IAN has started a series of trainings on community support for asylum seekers in Serbia through a project funded by UNHCR Serbia. So far, two trainings have been held in the asylum centers in Banja Koviljača and Bogovađa.

The training in Banja Koviljača was held on October 8, 2020. for 28 participants. The participants were mostly younger men. The group was very interested in the topics that were covered and which included – Self support – taking care of yourself; Psychological and psychiatric problems among beneficiaries – reactions with support; Sexually Transmitted Infections (STIs) and other epidemiological topics (COVID 19). Participants actively participated in all phases of the training, asked questions and showed interest in additional trainings.

The training in Bogovađa was held on October 16, 2020. for 33 participants. All participants were boys under the age of 20. They were very interested and cooperative. Some even helped us with the translation into the local dialect. Topics we covered included Self support – taking care of yourself; Traumatic experience and psychological consequences; Psychological and psychiatric problems among beneficiaries – reactions with support; Sexually Transmitted Infections (STIs) and other epidemiological topics (COVID 19). On the topic of self-support, they were actively involved with suggestions on how they can help themselves and talking about trauma triggered their feelings and sharing their own traumatic experiences. We also talked about psychiatric symptoms that may indicate that certain problems have developed without us even being aware of them, and how to recognize them in ourselves and in others. Many of them recognized the existence of such symptoms in themselves, but pointed out that they noticed some of them in others as well. After these topics, some boys asked for individual conversations with a psychiatrist.

By the end of the project, more training are planned, in these two centers, but also in the Asylum Center in Tutin and in IAN premises for asylum seekers staying in private accommodation in Belgrade.